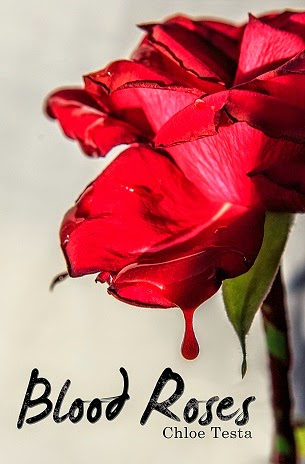 It began with a rose and the girl nobody else could see.

Her eyes follow Tom wherever he goes. Watching. Waiting. She leaves him gifts of roses and blood. She is constantly surrounding him. Her touch is like fire and ice and her scarlet eyes haunt him. She will hurt him. So...why can't anybody else see her?

Reality turns against Tom as he desperately clings to shreds of his sanity, knowing she's real. Knowing she isn't just in his head. With time slipping away from him, the battle between the unseen girl and the voice of reason is a dangerous one Tom knows he can never win. He has too much to lose.
As the battle commences, he has to overcome the cruel voice clawing at the back of his mind, whispering in agreement with those around him that he is rapidly falling into madness.

Who do you trust when your own mind rebels against you?

Chloe Testa, UK-based author, enjoys exploring the themes of psychological turmoil, the darker side of humanity and the effects of both on those coming of age in her writing. She has just released her first novel, "Blood Roses", a YA fantasy-horror, and she has kindly agreed to tell us a few things about her work and herself.

1. What inspired you to write "Blood Roses"?
It started out really simply with this idea of imaginary friends. My friend told me about her childhood imaginary friend and he sounded really ominous and creepy to me. At the time she tried so hard to convince her family he was real, as kids do, saying he watched over her in her sleep and he scared her and so on. I scare easily so I started to think ‘what if it was a ghost? Or it was someone really there?’ and from there the idea really took off as I imagined that fear of trying to tell everyone something was real when they simply wouldn’t believe you. As a child, it's one thing, you’re expected to have imaginary friends, but as you get older, it becomes something else entirely, and people start looking for explanations surrounding mental illness, chemical imbalances and so on. Though it started out as a simple musing, it was an idea that wouldn’t leave me alone, so I knew I had to write it down.

2. Who should read this book and why will they enjoy it?
I think it is a book that can appeal to everyone because of the various themes throughout, but I think it should definitely be read by anyone who enjoys fantasy, horror and young adult. It may also appeal to anyone interested in psychological novels as it focuses on the mind and the fracturing of this throughout the course of the novel. There is a high level of tension and action throughout the book, balancing both against the internal struggle of the character. Though a fantasy novel with horror elements throughout which will appeal to fans of both of these genres, these are contrasted with moments of calm, hints of romance, friendship and general coming of age moments meaning it is a broader read others may enjoy. It is also well written and easy to engage with, so a book you can quickly get into.

3. What made you want to become a writer?
I suppose it was something I always knew I would do. I’ve always loved creative writing - when I was in secondary school it was possibly the only thing I actively got involved in but we never seemed to do it enough! It’s one of those things that makes me feel truly happy and free, and regardless of my emotion, location or overwhelming pressures, writing is always there like a comfort. Alongside all of my career dreams I always wanted to write. I saw myself obtaining each career and being a writer as well, even if it was simply writing for my own pleasure or to share with family and friends. I guess being a writer is a big part of me. I knew I'd be a writer, but I never thought I'd be published. That was beyond my wildest dreams!

I must say, Chloe, your novel sounds very intriguing, and I can't wait to read it!
Thank you for sharing this with us.

You can find out more about the author and her work on her website, Chloe Testa.

Down on the Other Street - New release! 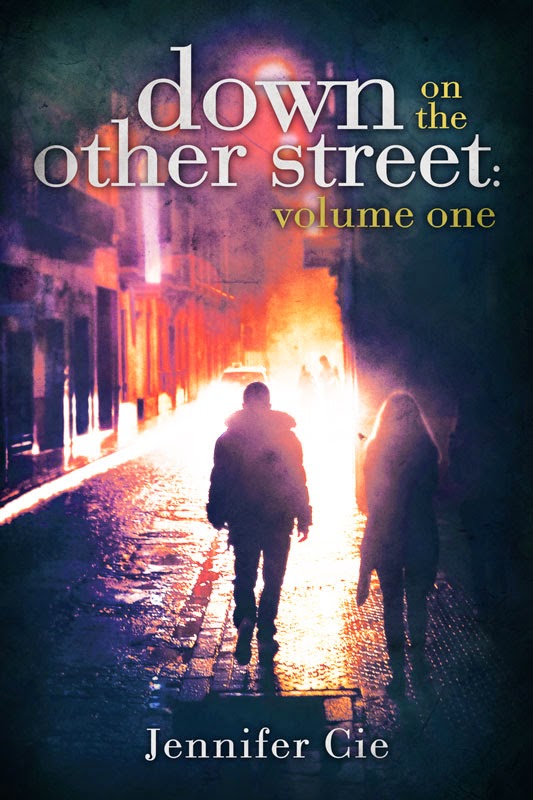 Title: Down On The Other Street (Volume I)
Author: Jennifer Cie
You can find this book here: Amazon (Kindle Edition), Amazon (Paperback), Barnes & Noble and Createspace.

Long winded, unemployed, and timid, on the first date Brendan Bloom is already in love. Comfortably arched over his body, Ryan contemplates murder. Cold, necklace gleaming against the pale tint of her collarbone, the passenger could have mercy. Not a little black book, but a faded love letter out from under the sheets. Some romances ignite on sight, others flare at the base of waterless tubs soaked in agitation. Rooted in the South, this  collection of short stories delivers five electric confessions of love, sexuality, and identity across time.

Jennifer Cie, an author who loves to dive into social issues with her writing, has recently released her third book, "Down On The Other Street", a collection of short stories, which she describes for us:

"Down On The Other Street" is a mixture of what happens when you talk about love out loud with the kind of honesty you reserve for moments when no one is listening. It is full of five incredibly different voices that share the extremes of being in and out of love, and, finding yourself through that experience.

You can find more about Jennifer and her books on her blog, Journey to Paperback.
Thank you, Jennifer! Looking forward to reading your book (you all know I love short stories).
Posted by anka 5 comments: Whom I am stalking